On the farm you will find the following breeds: 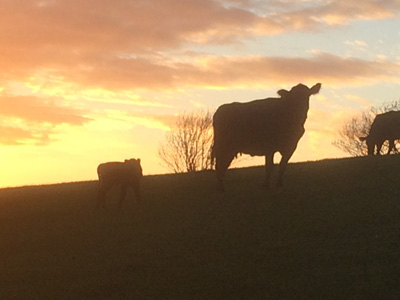 The Aberdeen Angus breed was developed in the early part of the 19th century from the polled and predominantly black cattle of North East Scotland known locally as "doddies" and "hummlies". By line breeding and selection for type, the early pioneers established in Angus, Aberdeenshire, Speyside and the Laigh of Moray, the greatest of beef breeds. Stock from this area continued to lead the breed well into the 20th century while Aberdeen Angus cattle became spread throughout Scotland, England and Ireland.

The establishment of the breed in the USA took place at the end of the 19th century. By 1901, they were registering more pedigree cattle than in Britain and now register 40 times more. Very soon the breed was to be found in other English speaking countries such as Canada, Australia, New Zealand and South Africa, and in South America, especially Argentina. Today, all those countries have greater populations of pure Aberdeen-Angus than the British Isles. 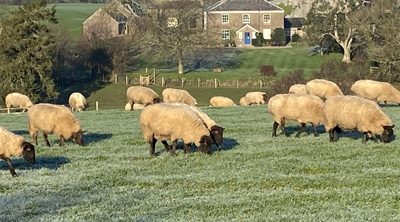 In sheep farming, the term mule is used to refer to a cross between a Bluefaced Leicester ram and a purebred hill (or mountain) ewe.

The production of such mule ewes is a widely used breeding management system which offers several advantages to the farmer. Cross breeding the hill ewe with the lowland ram brings about hybrid vigour or heterosis, which brings the best characteristics of both breeds into one ewe that can be used in producing lamb for the table. The hill ewe, is a hardy animal with good, natural mothering instincts. She is, however, not very prolific and tends to produce one lamb: suited to the harsh conditions. The lowland ram, such as the Blueface Leicester is prolific, producing ewes which give 1-3 lambs and capable of producing enough milk to rear them. The cross between the two, the mule, has good mothering instincts, good sized lambs and prolific milk production.

The mules at Smeaton Farm are crossed with a meat-type ram, such as the Suffolk or Texel, to produce market lambs. This breeding also allows a convenient system of management whereby hill ewes can be reared in difficult areas where other species would not survive to produce lamb. At the end of her productive life (around 4 years) she can be moved to a lowland farm and crossed with the Blueface Leicester or a similar breed to produce the mules for market lamb production. 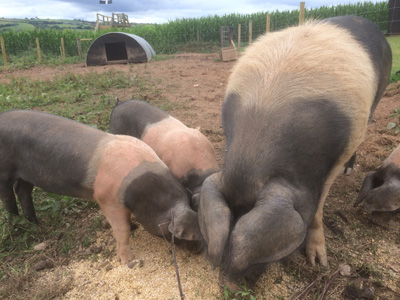 Known for their two-tone skins, Saddleback pigs are actually a cross breed of two traditional breeds - the Essex and the Wessex. The Essex was usually found in East Anglia. It had a black head and neck with a white belt below which covered it's forelegs and feet, the rest of the animal being black. The Wessex was a cross between two older bacon breeds, and was similar in appearance to the Essex pig.

The two breeds enjoyed great popularity during the Second World War, in 1949 there were 2,435 Essex and Wessex boars licensed representing almost 25% of the licensed boars for that year. In 1954 the sows still made up 22% of the total registrations for that year. The boars, however, became less popular.

The British Saddleback is known as a particularly hardy breed, being able to forage and graze in most conditions and can even be found flourishing in The Seychelles and Nigeria. It is possibly due to this hardiness that they have secured a foothold in outdoor and organic production.

The Tamworth is thought to be the most typical breed descended from the Old English Forest pig. It is probably the oldest pure English breed since it has never been cross-bred, unlike many of it's counterparts in the past. Because of it's long heritage this breed is sometimes crossed with wild boar to produce a magnificent 'gamey' tasting pork.

The Tamworth has beautiful red-gold hair and also has something of a reputation for being speedy in the showring. A typical Tamworth has a very long snout and prick ears which make it look alert.

Due to dwindling numbers imports of the breed have occurred over the years to increase the population. The sows are known as excellent mothers. The Tamworth is hardy and can be kept in a wide range of environments and conditions and is particularly resistant to sunburn, making it ideally suited to our temperate climate. 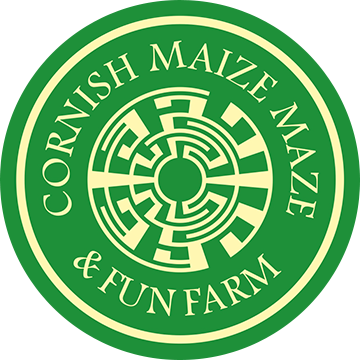